Talking to your friends actually makes things WORSE, not better. Here’s why …

Getting things off your chest is a positive thing, isn’t it? It feels good to vent your problem to caring friends or post your worries on social media. Doing so provides a release, support, validates your feelings and you get to hear everyone else’s horror stories in the process — some of which make yours seem small.

Talking about and sharing problems is often the first thing we do when we’re struggling with something. And while it’s definitely healthier to vent than stuff our emotions, talking about our woes too much is actually detrimental.

Why? Because it forces you to remain stuck living in the problem (along with the toxic swirl of emotions that goes along with it) long after its expiration date. Kind of like old food in the fridge starts to stink after a while.

Whether you’re feeling frustrated by a work conversation, hurt after a breakup, or devastated by a violent attack, there is a way to sort out your feelings without the problem becoming your dominant thought and consuming your entire life.

As psychologist Walter Mischel says, “There is a fine line between processing the experience to make it manageable, and reliving it and re-traumatizing yourself.”

So, when you need help processing something upsetting, here are five helpful and healthy things to do instead of calling your friends:

1. Write down your feelings

Vent your feelings on paper before sharing on Facebook or Twitter. “I feel sad because __________ happened and I wanted __________ to happen,” or “I’m hurt because I thought __________ and now I feel betrayed and angry.” Write down what happened, how you feel about it and why you feel that way. What were you expecting that didn’t happen?

You may begin to see a pattern. If so, it’s a clue as to what’s going on underneath (subconscious mind) that might be leading you into similar situations again and again. The better you know yourself, the more control you have in your life. 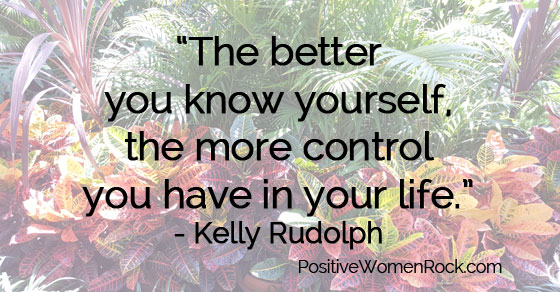 2. Get off the field and into the stands

Look at the problem as if you’re in the grandstands at a sporting event and your problem is on the field — small, far away, and detached. Notice how much clearer it looks from this perspective and how you can see the bigger picture when you’re not in the middle of the chaos. Feels better already, right? Sometimes what seemed overwhelming looks more manageable from up here in the stands.

3. Take ownership of ONLY what you want to keep

Real-Life Example: A woman’s shelter once hired me to teach self-defense and the residents kept saying “my attacker” and “my rape.” Your subconscious mind accepts (as the truth) whatever you tell it and creates your identity around it. If a woman tells herself she has a rapist, even if it was 10 years ago, her identity, mindset and energy will be that of a victim, which unfortunately attracts more attackers.

4. Decide what you want in place of the problem

Focus on what you want instead of the problem. For example, see yourself understanding that the person who criticized you was feeling bad about themselves and lashed out — it was never about you.

Picture yourself walking confidently with your head held high instead of buried in your phone posing as the perfect victim to the creep who wants a power-fix.

Imagine yourself in the new car you get from the accident settlement or with the boyfriend who treats you with respect and admiration. Get into the feelings of already having what you want to expedite attracting it to you. 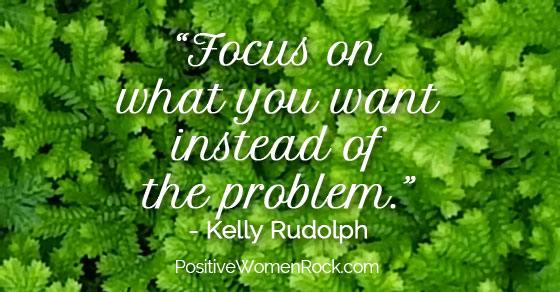 5. Pre-schedule time with friends to vent

Energy is contagious. When we share problems, we add negative energy to other people’s lives even if they want to help us. Before venting to a friend, schedule an appointment (i.e. “Let’s talk an hour from now”). This gives her time and space to deal with a rough patch in her own day before hearing about yours.

You don’t want to dump your stuff on someone else, making you feel better but them feel worse, right? Sometimes it just happens but if you catch yourself beforehand, this is a great way to nurture your friendship while your friend gives you support. In my friendships, we mutually agree to ask permission first before venting, and when one of us honors that pact, it’s always appreciated.

Read this article on YAHOO!

Read this article on YourTango.com

Read this article on PsychCentral.com

Ready to stop working so hard to feel better and be happy?

6 thoughts on “Why Venting To Your Friends Actually Makes Your Stress Worse (Plus, 5 Healthy Ways To Feel Better)”